Within the Interreg North Sea Region (NSR) project COM3, the adoption of digital technologies by businesses in the participating regions stands central. To evaluate the situation and circumstances in the different participating regions, research was conducted in the form of a survey and in–depth interviews with key stakeholders. This report presents the findings and shall support the understanding between local and regional stakeholders as well as the development of responses addressing the identified challenges.

To facilitate the exchange of experience and knowledge among the COM3 project partners and beyond, we first developed a survey to get an initial overview of the situation in the pilot regions. This survey covered questions about the economic situation, the internet connectivity and uptake, digital literacy training available and measures of the public sector to foster digital developments. Thereby, a mix of closed and open questions was applied.

As a follow–up, the results of the survey were screened and the remaining questions were formulated by the project partners responsible for developing the training material within the COM3 project. The main subtopics hereby were questions about the development stage and support possibilities in the participating regions, regulatory support and financing schemes, questions about the development of the pilot activities, outcomes of the exchange with businesses in the region, effects of the covid–19 crisis, questions about cybersecurity and hub training. The developed questionnaire resulted in eight in–depth online interviews of one to two hours with one to two persons from the pilot regions in Belgium, Denmark, England, Germany, Netherlands and Norway. Subsequently, the recorded interviews were transcribed.

Important to mention is that the surveys were collected at the beginning of the covid–19 pandemic (February to May 2020) and the in–depth interviews took place in February and March 2021.

– The share of the IT sector in the pilot regions was around 2 to 7 % (but not necessarily all businesses were included as the distinction proved challenging or statistics were not available).
– Most of the survey participants indicated that the local economic performance improved over the last 5 years, one saw it rather stagnating– The unemployment numbers laid between 1 and 5%, but one participant already indicated that the covid–19 crisis should have an impact on that– The share of SMEs in the partner regions was mostly >90% and in one region, a share of 31 – 50% was estimated– The share of self–employed varied: some were between 5 and 20%, some higher or even >40%– When asking about sectors dominating the local economy, diverse sectors were named, reoccurring ones were: agriculture/ food–related, (e.g. processing or catering, aquaculture), tourism and crafts/arts, health sector (care and  life sciences), manufacturing/construction (several times in general ‘industry’, engineering and textile sector named here), furthermore the following service level activities were named: trade, business services, retail. Regionalspecialisations like petroleum, wind power, defence, hydropower and two times logistic sector were added

When asking about the internet connectivity and more specifically about NGA (Next Generation Access) coverage, some frontrunners were to be identified where the NGA coverage was >98% of the households. A few survey participants indicated some white or grey spots in the area.

Regarding the uptake of NGA by businesses, it was shown that there can often no differentiation be made regarding private households and businesses. Some mentioned that a part of the businesses was still waiting for an improvement of the available connectivity and one participant mentioned that the coverage is expected to be 100% NGA by the end of 2020.

Moreover, it was asked whether there are any sectors identified which are rather laggards regarding NGA adoption. Some partners responded that they do not have information on that available or stated that this is not a problem. However, a few participants noted that agricultural/ craft businesses showed to rather be laggards, e.g. not using the possibilities given for online marketing or changing business processes. Once it was noticed as well that smaller businesses in rural areas and traditional sectors such as agri-food tended to have lower uptake levels. Another survey participant added that the food and construction sector was less likely to take up NGA and that probably the size of the company / the place in the value chain played a role as well. Due to delays in broadband development, one participant noted that the transport sector in the respective region considered relocation, furthermore also the tourism and agriculture sector was impacted by these delays.

Institutions supporting the NGA uptake by businesses (and partly also by citizens) in the regions were the following: twice broadband initiatives and once a broadband competence centre were named, the telecommunication companies, but also regional authority, municipality, civic organisations, adult education centres, and open network initiatives by private parties were listed. Once it was additionally mentioned that the regional and federal government aimed at promoting NGA uptake, but that no consensus was found among the stakeholders yet on how to approach this together.

Additionally, it was asked whether there was any online support given as well. Here, two mentioned the tech support by telecommunication companies, so rather private providers offering support for  companies and professionals in that regard. Moreover, public online services were partly available as well. Once, the broadband information centre offered online services, Digi-points with computer assistants were named and one participant wrote that several services were available, for example business support systems.

When asking about institutions in the area covering digital literacy training especially for businesses/ employees, two mentioned an initiative in place or were working on that for the whole region (with educational and business support partners). One participant wrote to offer courses for entrepreneurs (through business support, e.g. also by providing start-up environments) and one referred to the chamber of commerce for digital literacy training. One survey participant still mentioned the federal government fostering citizens and companies to communicate digitally with public services and another one wrote having several institutions in the region offering courses, consultancy and research.

Accordingly, several funding possibilities were mentioned, depending on the institutions working on it: privately/ by businesses themselves, public/ EU funding, municipality, regional authority and national government were listed.

We also asked how far these support mechanisms were used in the way it was expected. No clear answer was given regarding that, as it was either not known, not done yet or not observed as being a problem. Moreover, it was added that in one region, the fragmentation of government bodies was generally observed as a problem, leading to a loss of time, budget, misunderstanding and incompatibility

We were also interested in whether there is a local/ regional digital agenda in place. Two mentioned being currently working on it. Two other participants explained to rather act straightforwardly: they had the goal/ focus to foster digitalisation in the region but no specific action plan in place. One participant was mainly focusing on providing NGA for a fair price and increasing the collaboration. In one region, there was no agenda yet, but the plan existed to still make one. In another survey response, it was elaborated that the digital agenda consisted of the provision of similar services to all municipalities and the focus on different strategy levels such as a web platform etc. Finally, for one region, it was indicated that a digital agenda was of relevance already some years ago and that in the meantime, the region can be seen as already well developed, making a digital agenda redundant.

Room for improvement regarding NGA adoption and digital literacy training

When asking where the survey participants would like to see improvements in the region regarding both, NGA connectivity/ adoption and digital literacy training, we received the following answers regarding connectivity:– improve connectivity to achieve 100% NGA coverage– further focus on the deployment of NGA due to commercial parties working against each other– rolling out open networks

Regarding digital literacy:– seen as a big challenge to foster it in order to also draw advantages of digital tools and possibilities– bringing together fragmented initiatives– similar to above: connecting and broadening existing initiatives– working on an action plan to improve digitalisation in the municipality and aiming for a growth and development strategy

Level of digitalisation among businesses in the regions 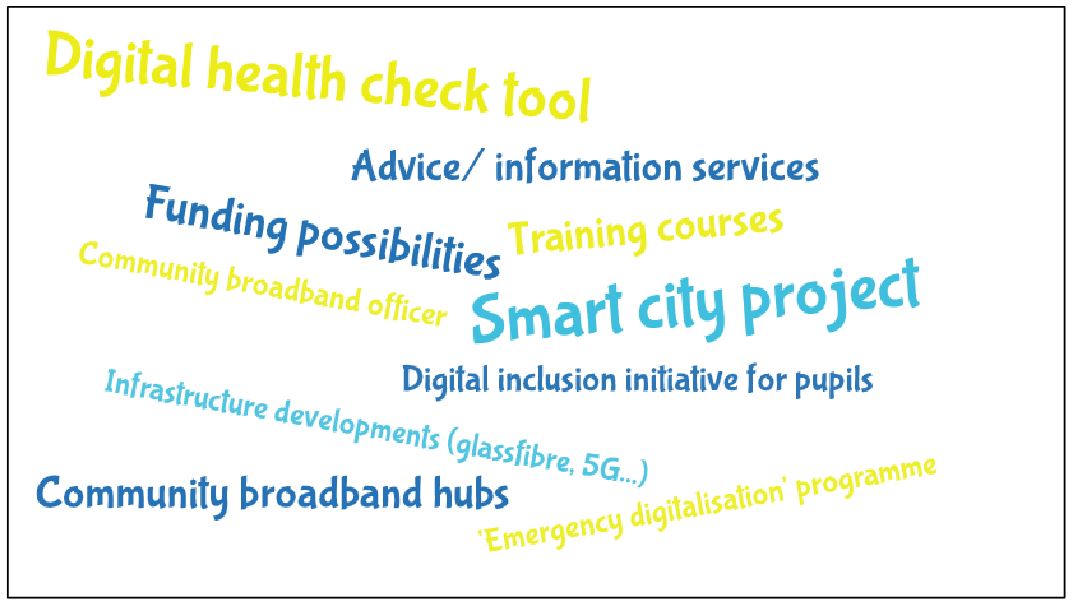 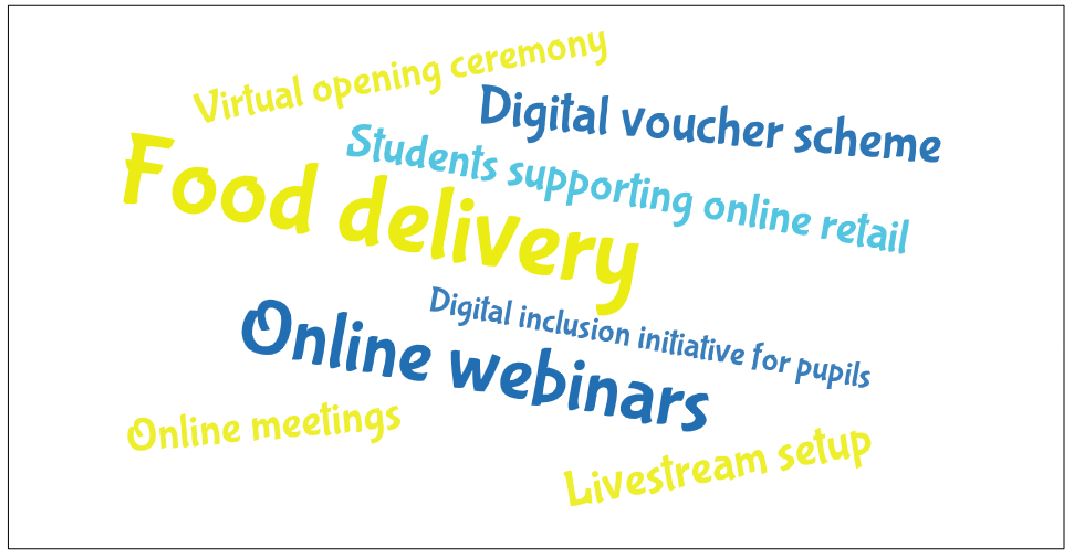 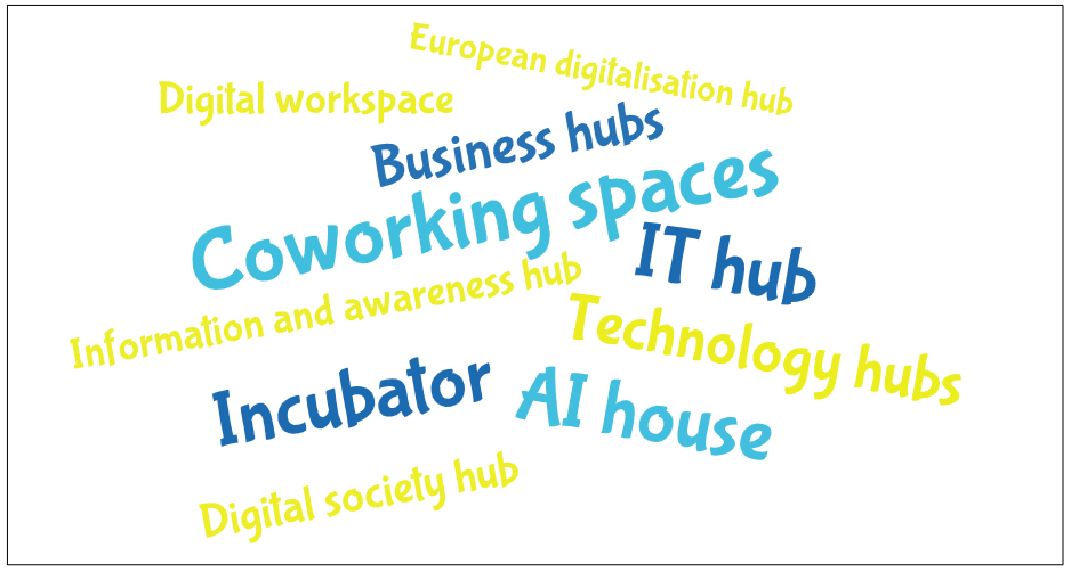 As shown in the previous chapters, the circumstances and conditions in the various pilot regions partly differ. Still, we identify the following major challenges found in some cases:

While our research findings give a first impression of the digital business landscape in the pilot regions, we want to stress at this point that there is most likely no complete overview for each of the regions given. One of the reasons for that is that we cannot expect the survey and interviewees to possess knowledge about all existing activities and initiatives within the regions. Moreover, sometimes no hard data/ statistical information was available. Rather, interviewees and survey participants provided us with impressions and their individual insights. Therefore, we have also not attempted to create any regional/ national profiles. Still, we are convinced that the findings presented in this report can be helpful for local and regional public authorities based in the North Sea Region and beyond.

Some good examples and possible solutions were already indicated throughout this report. However, we were not able to take a closer look at these within the scope of this research. As a follow–up, training material will be developed, combining the input we have received from this project study with existing information and other project outputs. Next to that, the pilot activities will be closely monitored and all lessons learned from these reported as well.

Get the full report

You can find out more about which cookies we are using or switch them off in settings.

This website uses cookies so that we can provide you with the best user experience possible. Cookie information is stored in your browser and performs functions such as recognising you when you return to our website and helping our team to understand which sections of the website you find most interesting and useful.

Strictly Necessary Cookie should be enabled at all times so that we can save your preferences for cookie settings.

If you disable this cookie, we will not be able to save your preferences. This means that every time you visit this website you will need to enable or disable cookies again.

This website uses Matomo to collect anonymous information such as the number of visitors to the site, and the most popular pages.

Keeping this function enabled helps us to improve our website.

Please enable Strictly Necessary Cookies first so that we can save your preferences!